Over 40 Years Taking on Truck Accident Cases Across the Evergreen State. 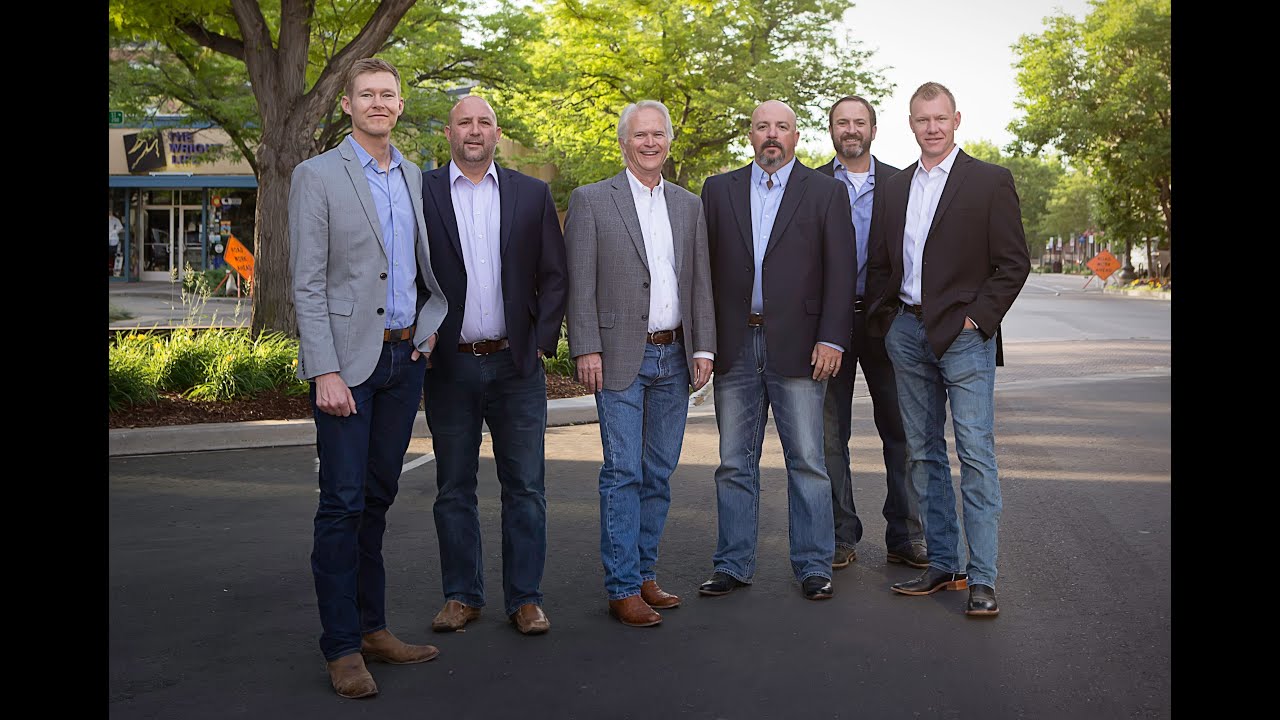 Fill out my online form.

Washington is a state to be explored. From the Olympic Peninsula to the Columbia River Valley, the scenery, history, and culture here are second to none. But getting around the Evergreen state comes with its own set of perils.

As reported by the Washington State Department of Transportation, or WSDOT, more than 103,000 motor vehicle accidents occurred in this state in 2021. Sadly, 579 of these crashes resulted in fatalities.

Between careless drivers and inclement weather, car crashes are a tragic fact of life in Washington. Some can be minor, like a fender-bender in a Spokane parking lot, while others can be absolutely devastating, like a rollover on I-90. But no matter how severe the wreck, when it is caused by the recklessness of another, a personal injury claim can be filed.

If you or someone you love has been injured in a car accident in this state, call the Washington car accident lawyers at Metier Law Firm. We have been representing the victims of all manner of car wrecks for over 40 years, and we have the experience and passion to fight for the compensation you need and deserve.

We know that a crash can leave you confused and feeling alone. That's why we are here. Our office in Bellevue is ready to receive your phone call, so call us toll-free or fill out our simple online case evaluation form, and we’ll review your case and give you a free consultation about your next steps.

Washington Car Accident Lawyer Near Me

How do car crashes happen in Washington?

There can be a number of contributing factors in any given car accident injury case, but certain things make Washington State particularly dangerous for drivers. Our weather, geography, and the makeup of our population all play their own roles in causing auto accidents.

It’s not news that Washington sees a lot of rain. Especially on the highway, which sees a high volume of vehicles, roadway surfaces can build up a thin layer of oil and debris that can become very slick in the event of a sudden rainstorm. A motorist who is not prepared can find themselves unable to stop or change directions as quickly as in dry conditions, and the consequences of an overcorrection can be much worse.

In a place where the elevation can go from sea level to over 14,000 ft. in less than 65 miles, geography and topology are bound to have an effect on driver safety. In the winters, highways winding through the Cascades, like US-2 in King County, can become icy and snow-packed, making them even more dangerous. Low-lying areas like our many valleys may see flooding or mudslides, all of which can lead to car accidents in Washington State.

According to a 2021 report by the US News, Washington ranked number 7 in states with the fastest-growing population of people under the age of 29, with an increase of 2.16%. In that same year, WSDOT recorded 203 Washington traffic accidents involving people under 25 out of a total 733 crashes resulting in serious injury or death. Drivers 65 and older accounted for almost half that number.

All these factors combine to make driving in the Evergreen state just that much more dangerous. That’s why Metier Law Firm has a dedicated team of Washington car accident attorneys ready to make sure you don’t have to pay for someone else’s reckless behavior. Contact us anytime, and see how we can help.

A Washington car wreck can happen in a number of ways. Another driver might be going too fast for the conditions, or be distracted and swerve into your lane. Paying attention and driving defensively go a long way to avoiding auto accidents, but even the most cautious drivers can find themselves the victims of someone else’s negligence.

Some of the most common types of car accidents in Washington include: 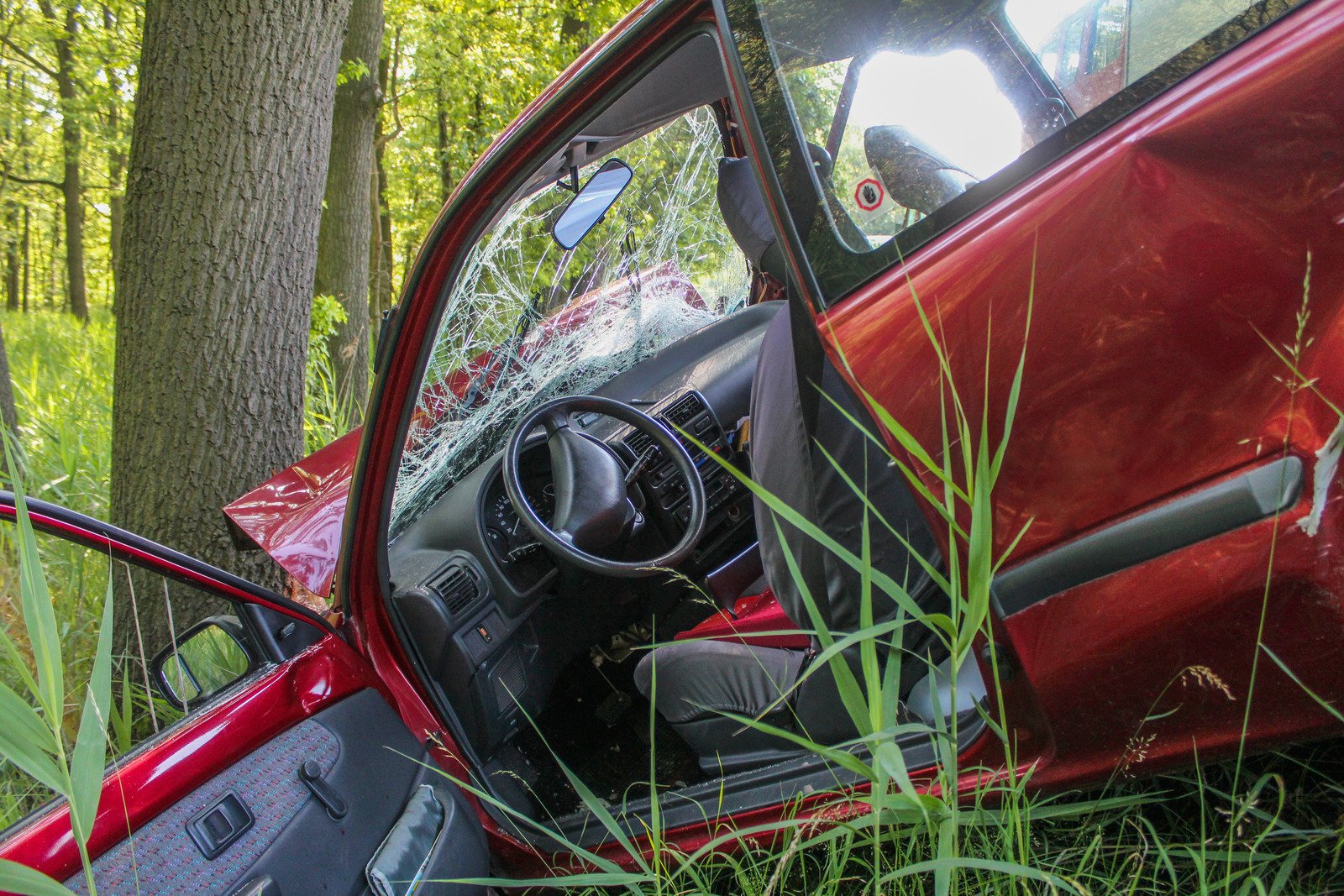 We hope you never have to, but if you have been injured in any kind of car wreck in Washington, don’t wait to contact our compassionate auto accident lawyers. You may be entitled to financial reimbursement for bills from your medical treatment, pain and suffering, and any lost income, and a property damage claim may cover any repair costs. In a tragic situation in which someone dies, a claim for wrongful death may also be available.

Hiring a lawyer can help you get the maximum compensation for any and all of your damages. Metier Law firm has years of experience with Washington personal injury cases, the insurance companies, and the legal system, from Seattle to Spokane, and we will fight to hold the party responsible for your injuries liable for your damages. Call our office in Bellevue for your free consultation.

Do I need to hire a Washington car wreck lawyer to file a claim?

Personal injury claims, including car accident cases, can be complex and sometimes drawn-out processes. While it is possible to file a claim for your injuries and be successful on your own, especially if the accident wasn’t too serious, hiring a Washington personal injury lawyer like the ones at Metier Law Firm can make all the difference in severe crashes involving large expenses.

Our knowledgeable team has extensive experience negotiating insurance claims and arguing in court for our clients. Let us put our decades of experience to work making sure you aren't left with heavy injuries and even heavier medical expenses. We have built a dedicated team of car wreck lawyers who understand these kinds of claims in Washington, Nebraska, Oregon, Colorado, and Wyoming - for over 35 years, we have been fighting for our clients - wherever they are.

When you reach out to us, we will listen to your side of the story, evaluate the circumstances surrounding your accident, and provide you with a free evaluation about how best to move forward. Take the first step to recovery and call us today.

Our car accident injury attorneys are well-versed in Washington law.

Metier Law Firm is committed to standing by car accident victims across the state of Washington. A crash can leave you and your family struggling to put the pieces together again, and you deserve a compassionate personal injury attorney who will be with you every step of the way.

Call our Washington car accident injury law firm to get in contact with our tenacious legal team, and see how we can help you, just like we’ve done for so many other auto accident victims. Our Bellevue office proudly serves the Seattle community and beyond, and we’re here to answer your call whenever you need us. Drive safe, Washington, but if something goes wrong, remember The Lawyer of the West.

Washington Car Accident Lawyer Near Me

Videos from our Car Accident Attorneys 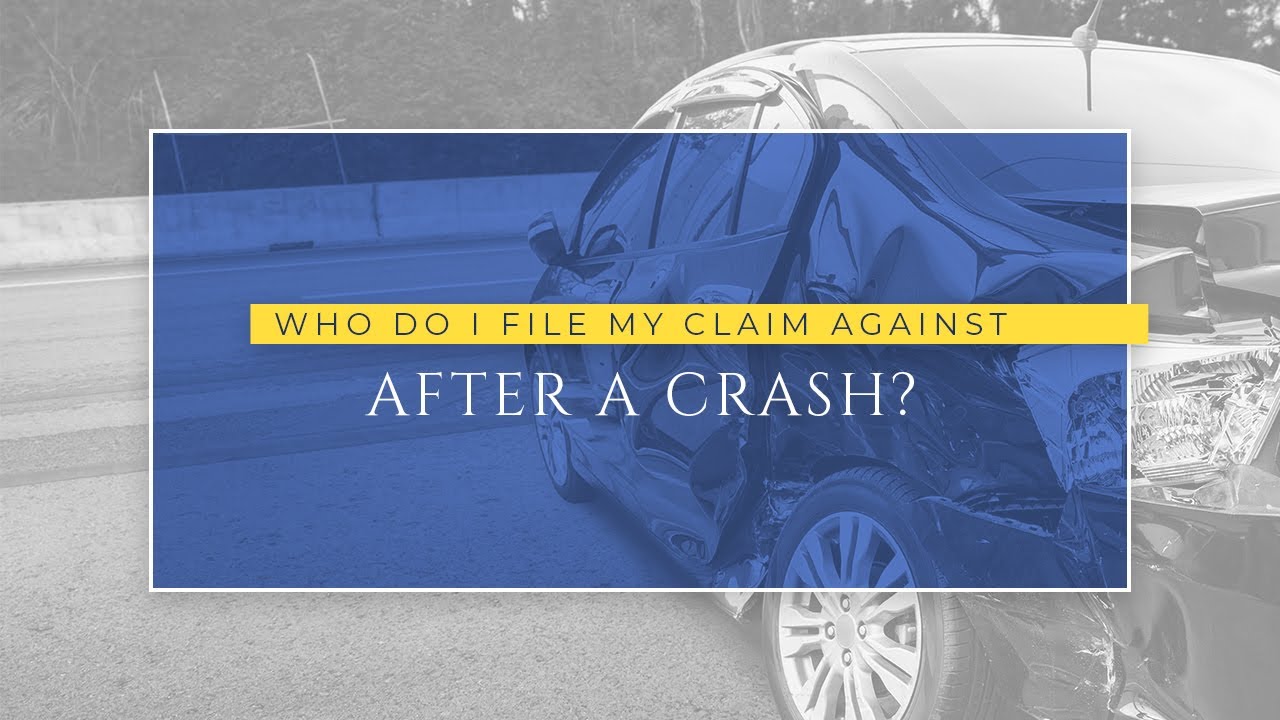 Who Do I File My Claim Against After a Crash? 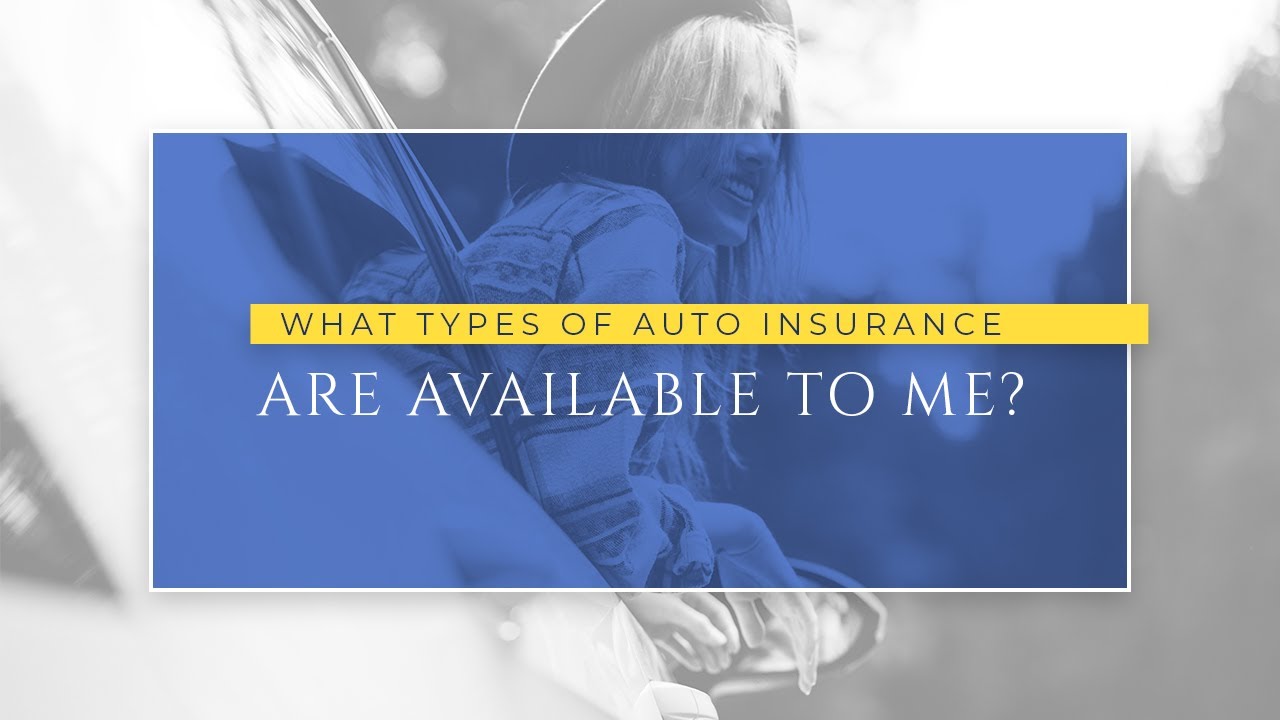 What Types of Auto Insurance Are Available to Me? 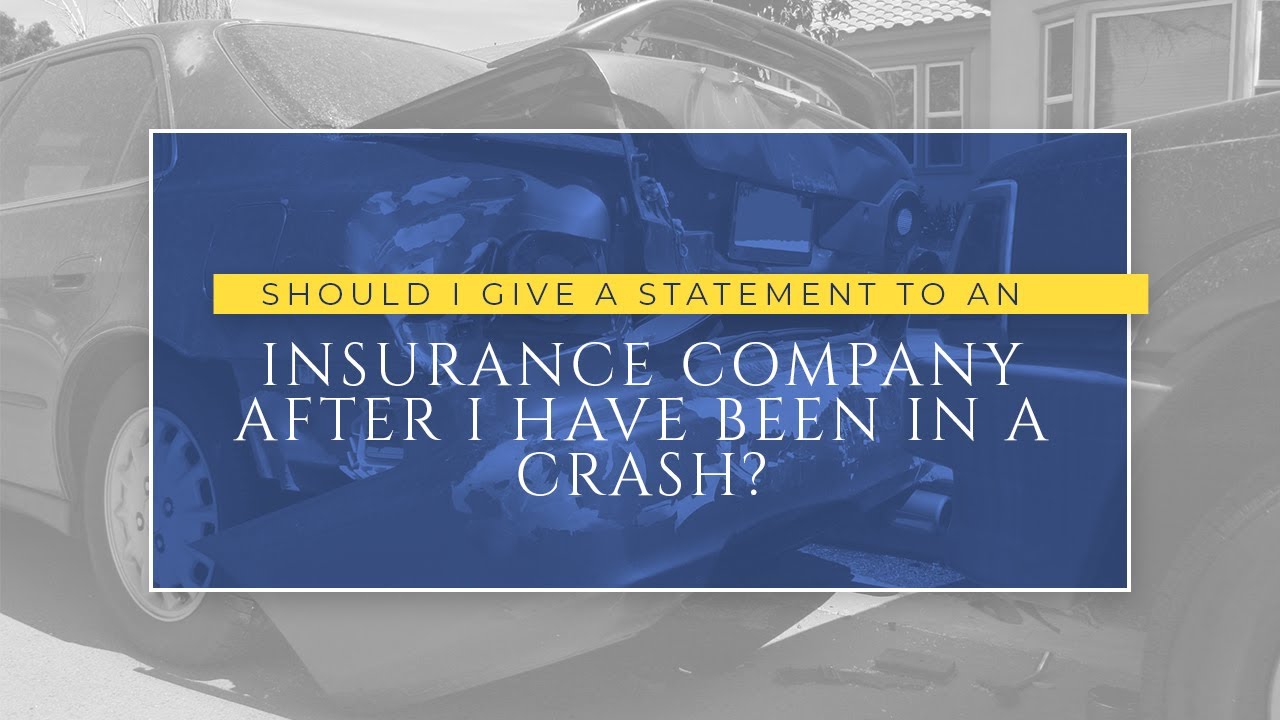 Should I Give a Statement to an Insurance Company After I Have Been in a Crash? 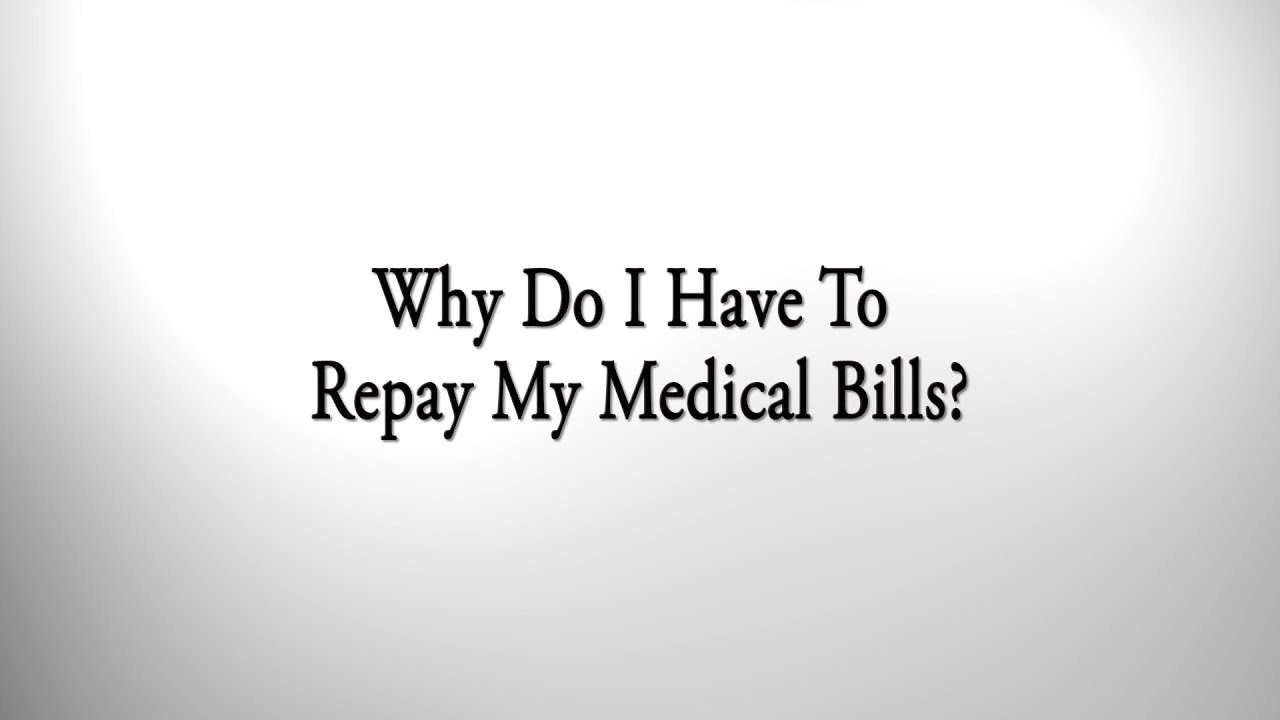 Why Do I Have to Repay My Medical Bills After an Accident? 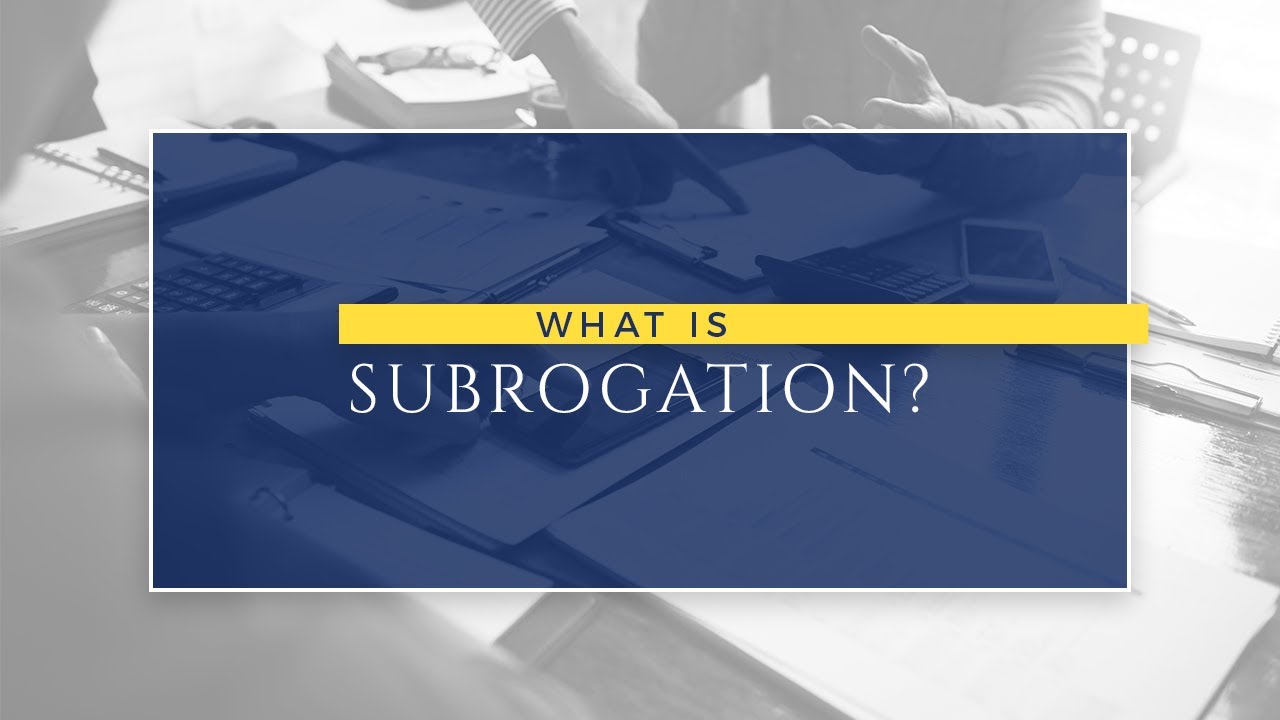 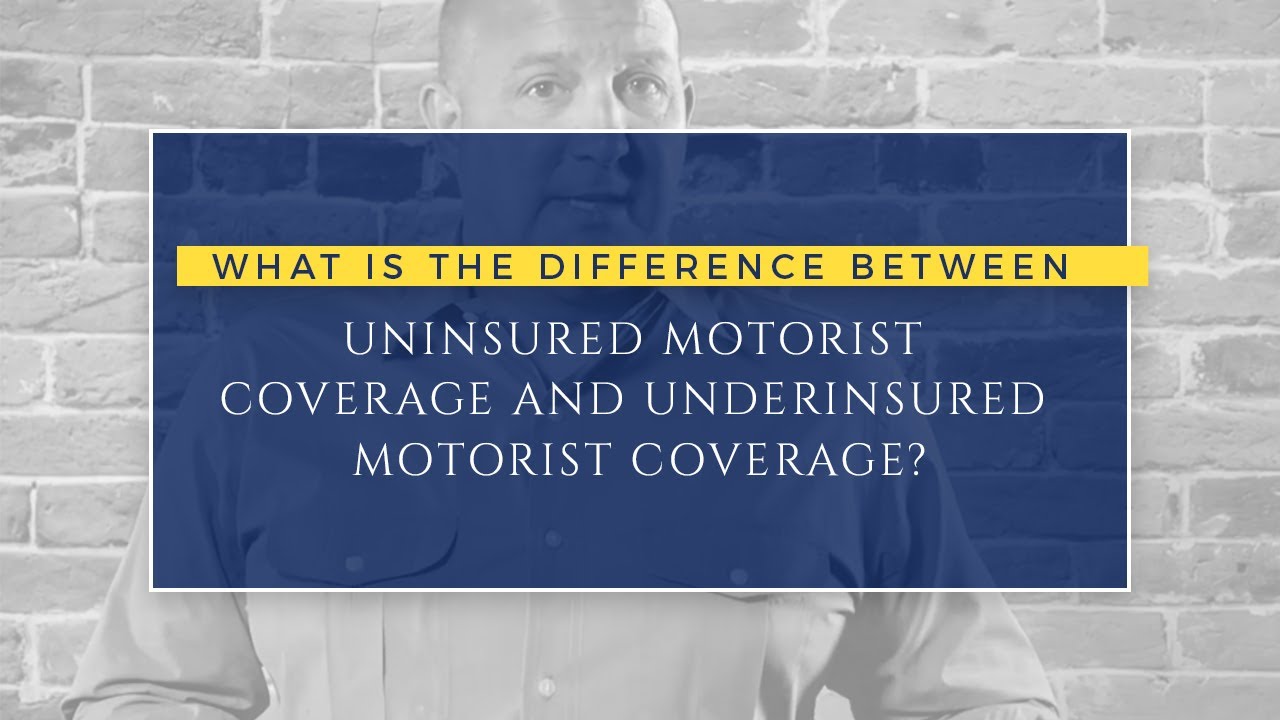 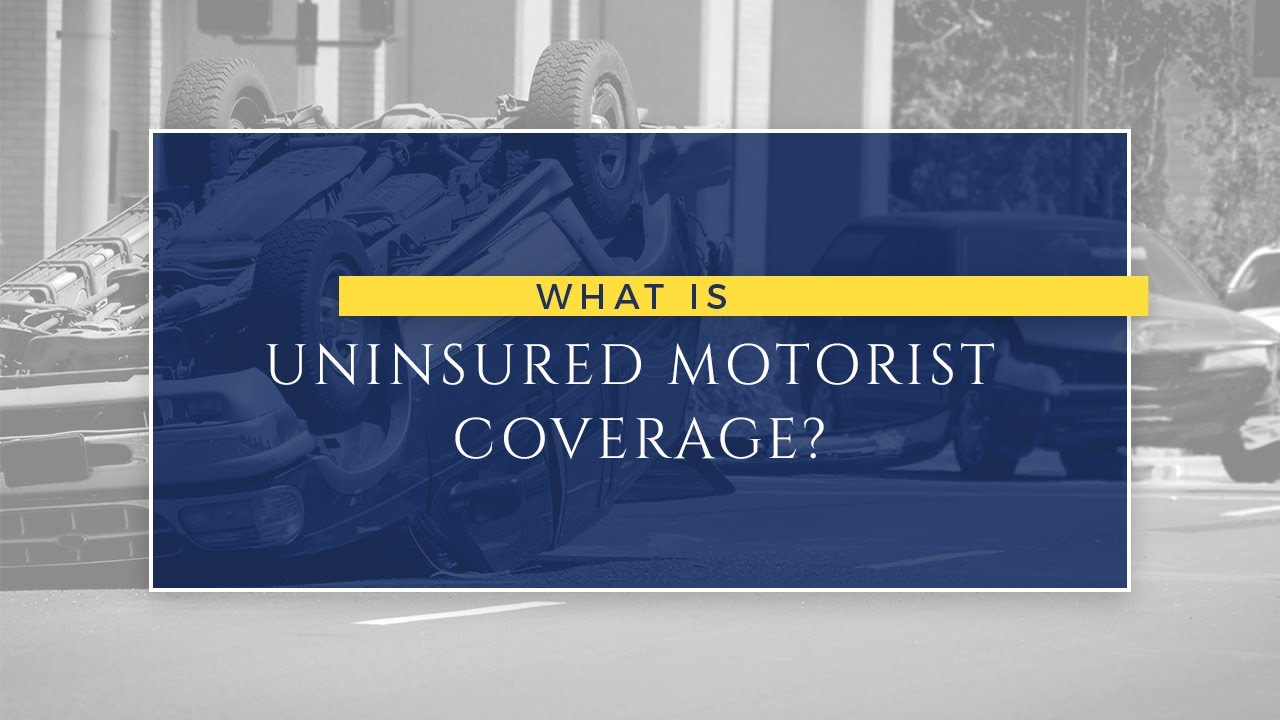 What Is Uninsured Motorist Coverage? 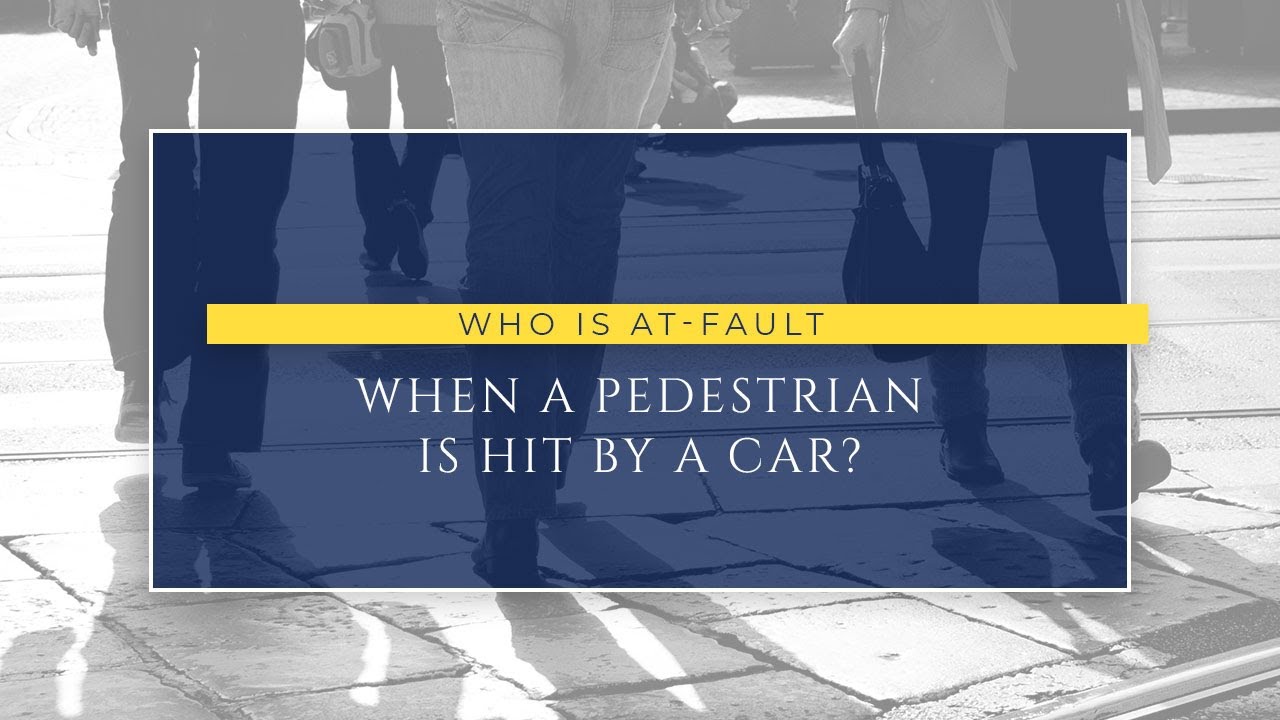 Who Is At-Fault When a Pedestrian Is Hit by a Car?

The right representation can make the difference between a successful case and recovering only a fraction of what you need to recover.

Start by looking for an attorney who has experience with cases like yours. In many cases, car accidents have serious repercussions such as traumatic brain injuries, loss of limbs, spinal cord injuries, and other outcomes that require medical knowledge in addition to knowledge of the relevant laws and regulations. The best car accident attorneys will know how to determine the care required for short- and long-term recovery and fight tirelessly to secure the compensation you need to access it.

You should also choose an attorney who backs up their claims with results. Ask about outcomes in cases similar to yours, and look at the firm’s reputation as a whole. How much have they recovered for past clients? What do their clients have to say about working with the firm?

At Metier Law Firm, we have more than 30 years of experience handling car accident cases and will answer any questions you have about working with us.

If you are unable to work due to injuries you sustained in an accident, you may be eligible to pursue reimbursement for the costs of your medical care in addition to the economic losses you have suffered.

However, it is unlikely that your costs will be reimbursed at the time the expenses are incurred, which is why it is important to contact a car accident attorney as soon as possible. The sooner you start your case, the sooner you can pursue a settlement.

At Metier Law Firm, ensuring that you can obtain the care you need is our top priority. Before your case is settled, we can help you determine whether your car insurance or health insurance can cover the initial costs as we work toward a settlement. Your attorney will discuss all of your options with you as the case progresses. 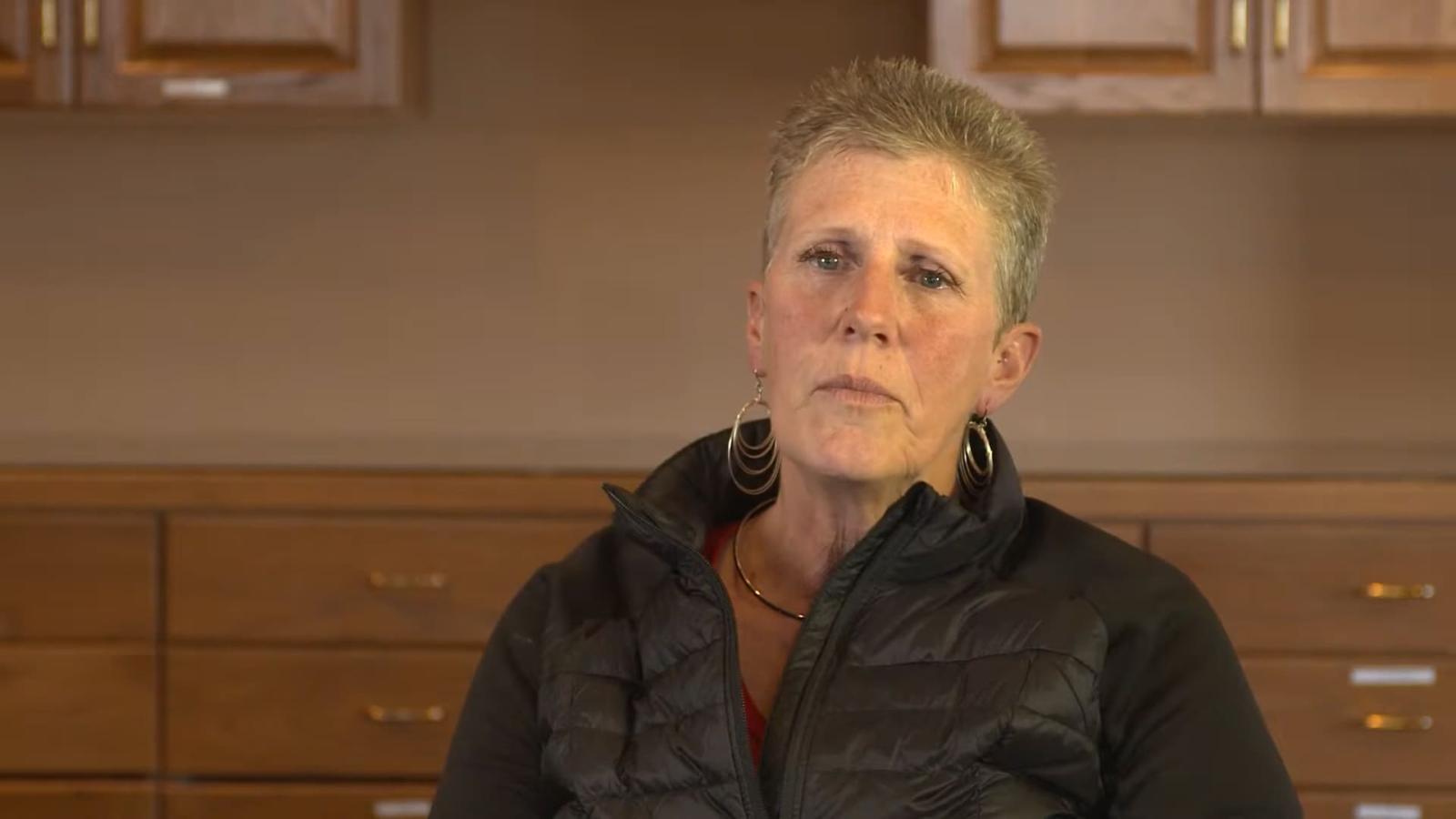 Client reviews her experience with a Motorcycle Accident Attorney 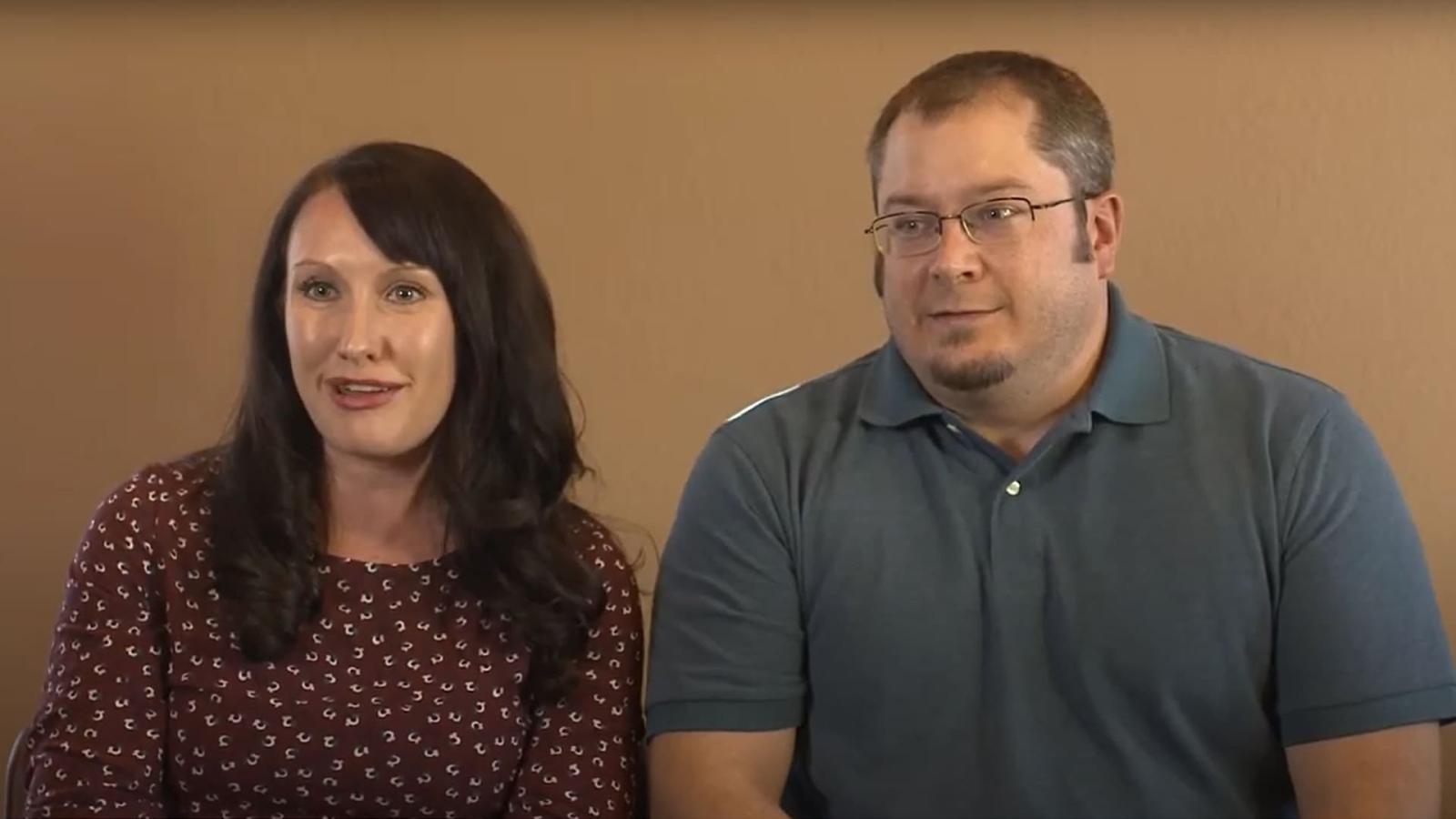 Client testimonial for their experience with our Truck Accident Attorney Team 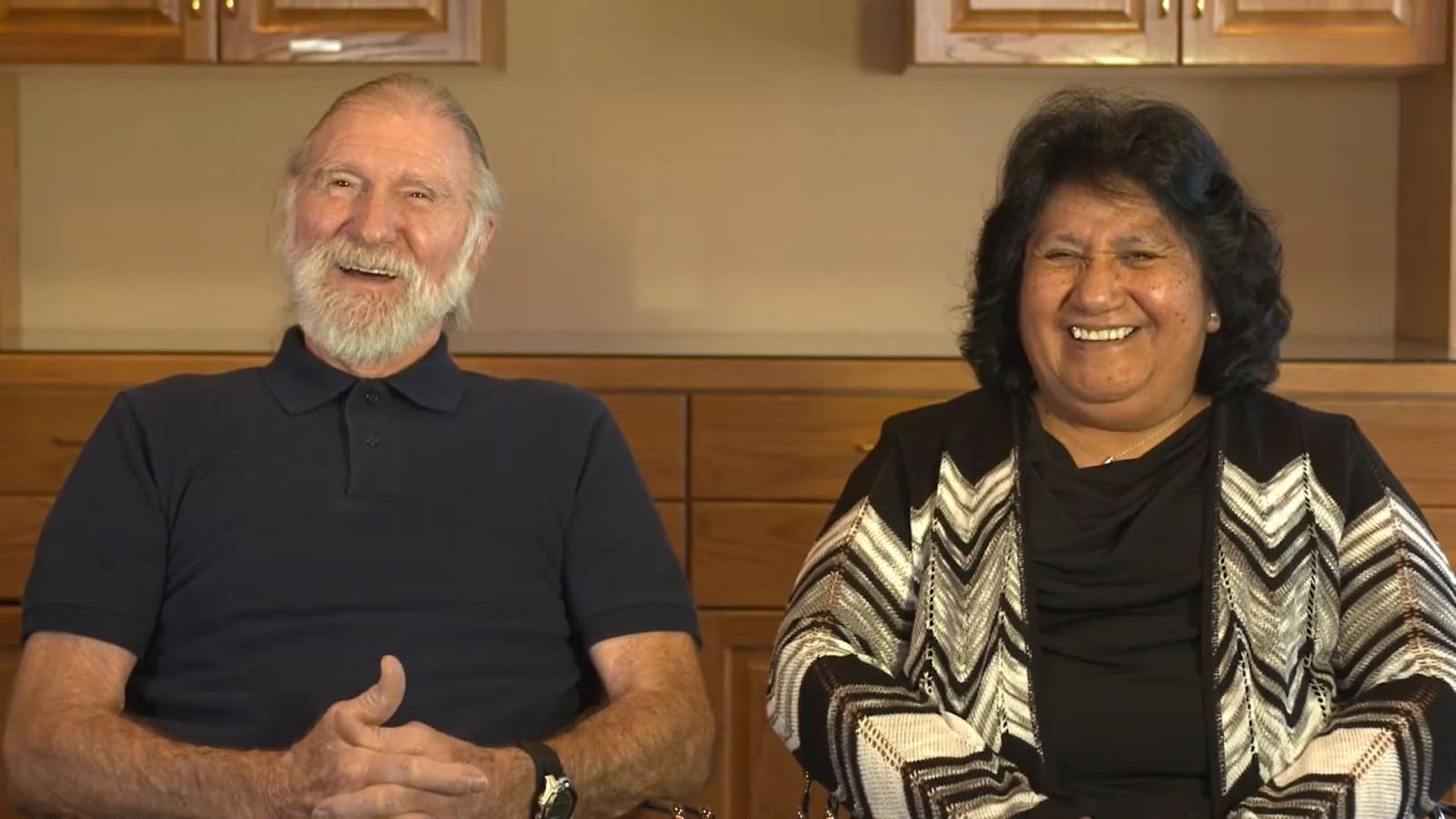 Financial advantages of a large firm with the close, personal client relationship of a small firm

We’re the lawyers other lawyers hire

From record setting $50 million verdicts to $50,000 policy limit settlements, every penny that can be won, will be won 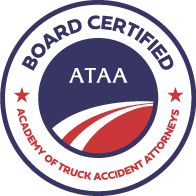 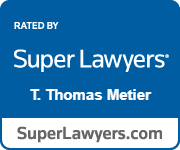 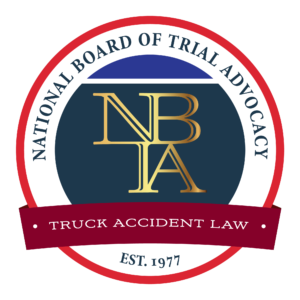 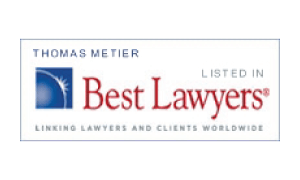 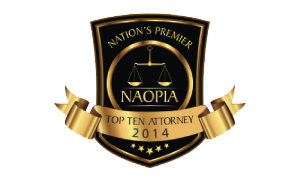 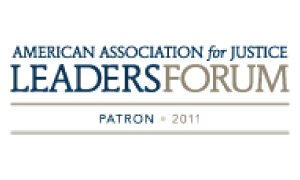 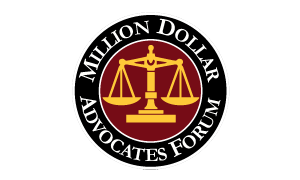 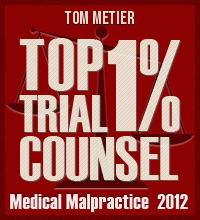